The "Polish-German Annual" is published by the Department of German Studies of the Institute of Political Studies of the Polish Academy of Sciences in Warsaw since 1992. Initially, the editor-in-chief was prof. dr hab. Jerzy Holzer, and currently this position is held by prof. dr hab. Piotr Madajczyk.

In 2021, we celebrate the 30th anniversary of the Polish-German Treaty of Good Neighbourship and Friendly Cooperation signed on June 17, 1991. It was preceded by a border treaty, thanks to which the Polish-German border ceased to be an irritating problem that hindered normal relations. The treaty of 1991, signed by two democratic and sovereign states, symbolizes a new era in Polish-German relations. It was not and is not free from tensions, because the interests of both countries are not always compatible. The two societies are quite different, for instance in the matters of different attitudes towards Russia, the United States and the problem of migration. However, the attitude towards cooperation is dominant, supported by the membership of both countries in the European Union and NATO. It is understandable that we want to devote the next issue of the Polish-German Annual to the reflection on the treaty and on thirty years of economic, political, social and cultural contacts. Thirty years is a long period in which a new generation has grown up, some problems have passed into history, new ones have appeared. We invite you to submit texts focused on historical, political and sociological issues, while remaining open for other topics as well.

Regardless of the topic described above, the Editorial Board invites you to submit texts on current issues of Polish-German relations, as well as the internal and foreign policy of Germany and Austria.

The rules for publishing articles and reviews in the "Polish-German Annual" can be found on the Annual's website in the About journal tab, after clicking on Submit text. See Guidelines for authors.

Editors of the Polish-German Annual 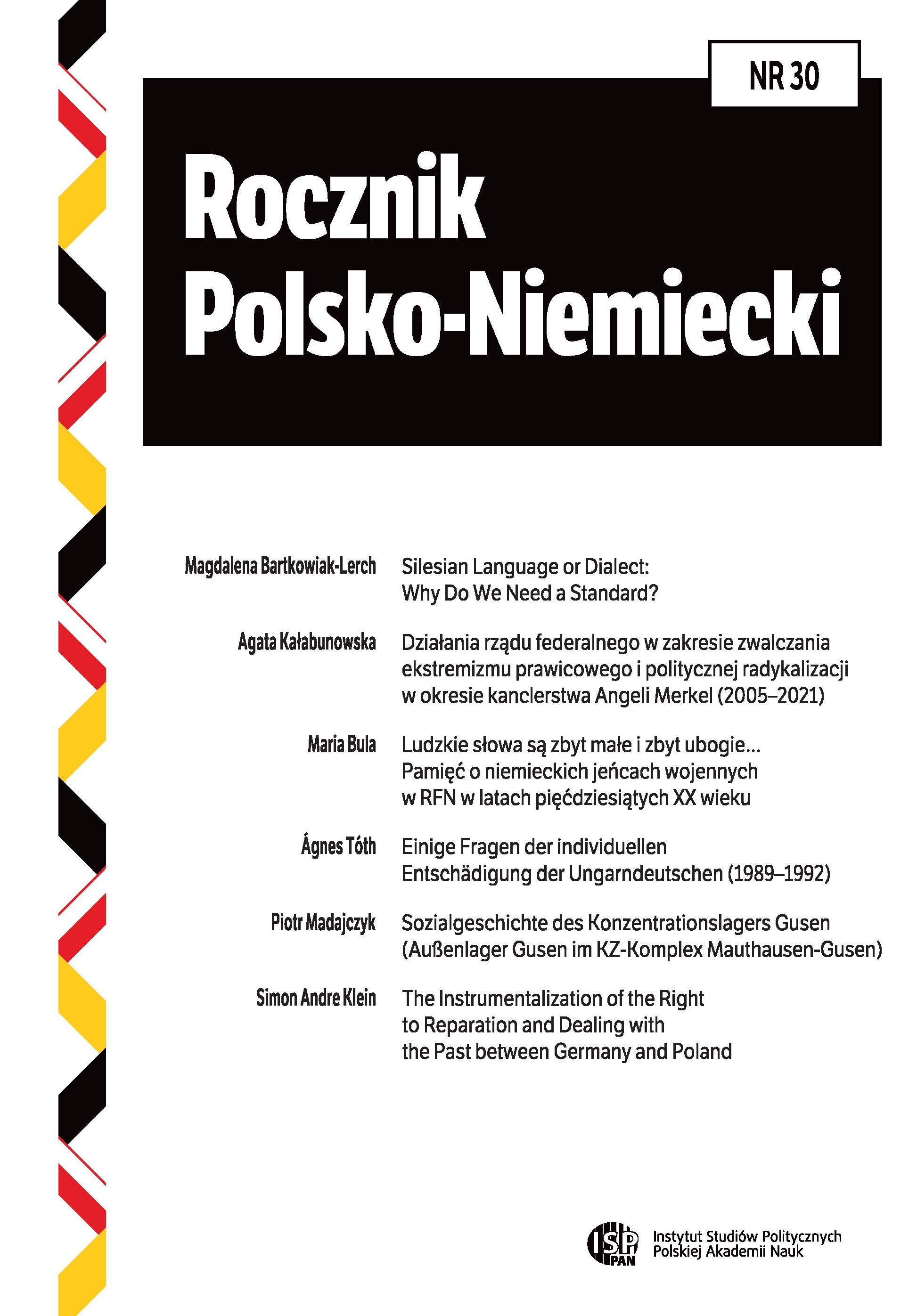